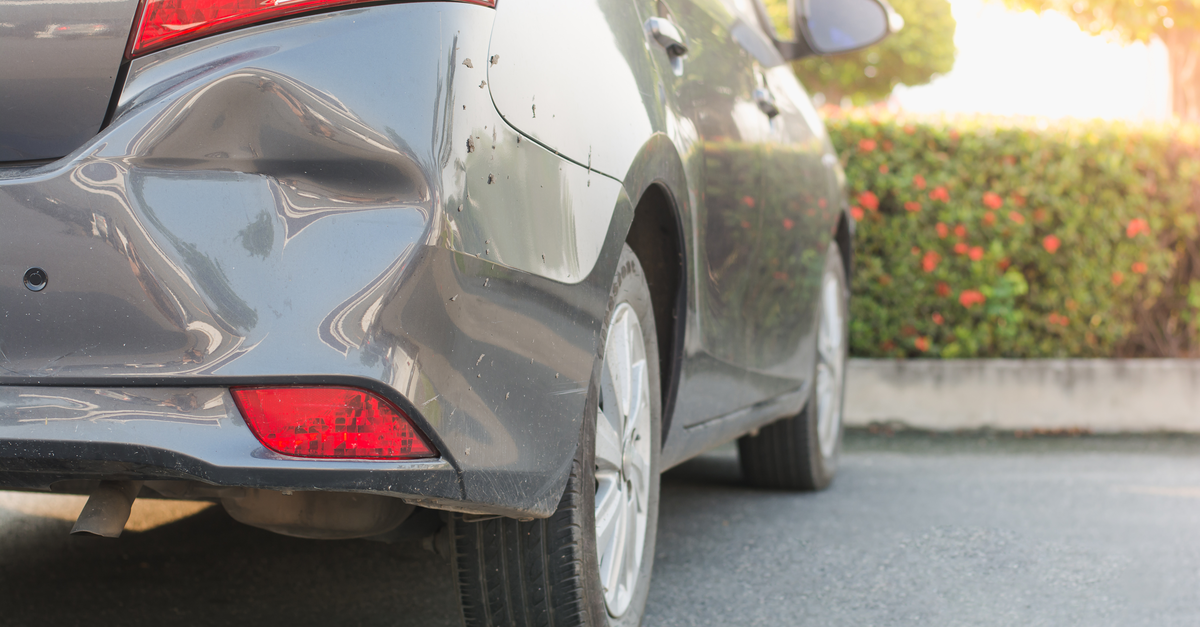 A car dent after an auto body collision or accident is never appreciated. A car dent is not something that needs to last forever and, in most cases, however, and can usually be repaired using minimally invasive techniques by a qualified collision repair or auto body shop. Different common car dent variations are:

Let us go over the differences between these types of dents and how complicated they are to repair for an auto body shop.

Round car dents are the most common type of dents that occur on cars. They can be caused by a run-in with a round object, like a baseball, and will impact the car's panel, creating a shallow funnel shape impression. This type of dent repair can usually be completed using minimally invasive techniques, provided that there is limited to no damage to the panel's paint.

A specific type of round car dent is a hail dent. For hail to cause damage to a car's panel, it generally needs to be at least about 1-3/4 inches in diameter or the size of a golf ball. While not any more damaging than a single round dent, hail dents can be particularly troublesome due to the higher number of dents that will occur. However, similarly to a round dent, hail dents can easily be repaired by a qualified collision repair or auto body shop.

A sharp car dent is a dent that occurs along the bodyline, or swage, of the car's panel. Since this part of the car's body protrudes outwards a bit more than the rest of the panel, this is usually the first point of impact from objects in a parking lot, like a shopping cart or another car's door. A sharp dent repair can be a bit more complicated than that of a round dent, especially if there is paint damage, but it can still be fixed using specialized tools.

Crease dents are oval-shaped dents that usually occur on the side panel of the car. A crease dent can be caused by an object hitting the panel and being dragged along its length. This is a more serious type of dent that can require much more extensive work to repair properly. The repair's complexity is determined by the length and depth of the dent and will require the use of specialized tools.

Extreme dents are usually much larger dents caused by the impact of a large object colliding with your car. Sometimes this impact does not even need to be much harder than a person leaning on your car is. While these dents might look unrepairable, a qualified collision repair shop should be capable of fixing them in most cases.

While getting a dent on your car can be a frustrating experience, with modern advancements in automotive body repair work, many of these dents can be easily repaired by a qualified auto body repair shop and have your car looking as if nothing had ever happened to it.